The Quest with Justin Kan

Welcome to The Quest Digest 👋🏼

Read the mind of Justin Kan, co-founder of Twitch 🧠 . Get actionable advice and lessons, receive episode drop notifications and summaries, and ask Justin anything!

Know anyone that would love to join over 20,000 smart, curious, and interesting listeners? 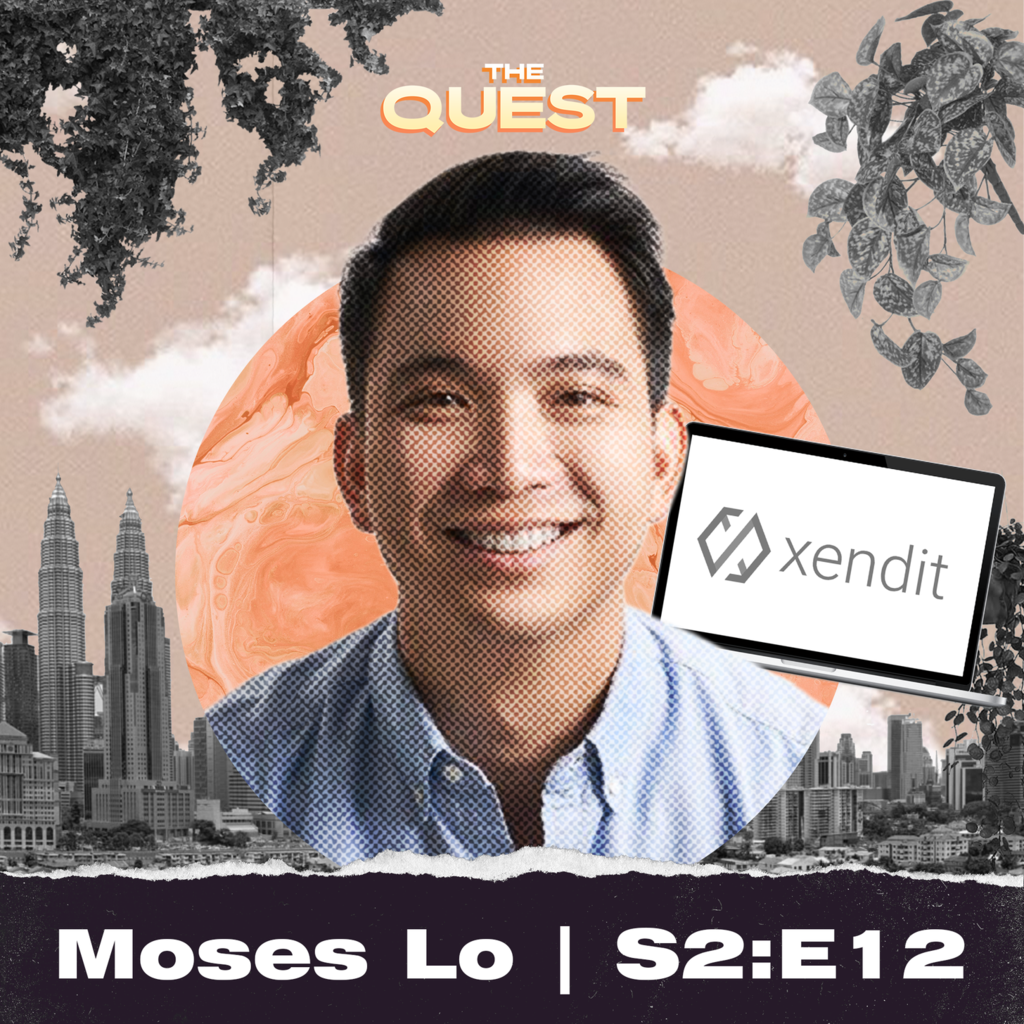 Survival of the Fittest:

Moses Lo is a survivor. From an office filled with flying cockroaches, Moses and his team would go on to raise over $80 million and cement themselves as an integral part of the payments infrastructure in Southeast Asia.

In this episode, you’ll hear about Moses’ journey to Silicon Valley from Australia and being a scrappy founder. He also highlighs what CEOs and founders can learn from cockroaches: their ability to adapt, survive, and avoid attention until they’re ready to emerge.

The Pilgrimage to Startup Mecca [2:33]

“I wanted to learn how other people think. So I went into consulting and then came to the U.S as soon as I could after that, and studied…but really the whole point was to go meet people in Silicon Valley, learn the mindset, learn the frameworks, and I was super lucky to meet some really great people that have mentored me since.”

It was pretty evident early on that the entrepreneurial spirit ran strong in Moses’ blood, an attitude he adopted from his father and grandfather.

The small rural Australian town he grew up in could not contain him for long. Moses had his sights set on the Mecca of startups - Silicon Valley. Organizing 24-hour hackathons at Berkeley netted him his eventual co-founders, and they quickly came up with a way to engineer their way into YC.

“We’ve thought about that day many times, because that changed the trajectory of our lives. I remember the first interview was Sam Altman. We got grilled. I don't think we did very well. And then the second interview, we decided to totally change our tactics, and we changed the way we showed up.”

At YC, Moses met Justin for the first time, who would eventually become a mentor figure.

Initial struggles in the YC program would truly test the group, and imposed a lot of pressure to perform against peers in their cohort. In one final desperate pivot, they decided to pursue a throwaway idea: Venmo for Indonesia. Almost miraculously, Xendit was born, garnering almost 16,000 users in 6 weeks.

“There was a very real time when we were working out of a house, kind of equivalent to a Silicon Valley garage and we'd have cockroaches flying around…and they're really hard to kill. So we took that to heart…be a cockroach do whatever it takes to survive, we love that analogy.”

Moses led Xendit with a philosophy inspired by the cockroaches that flew around their small workspace. Instead of taking the conventional route of companies who start off building big and making noise, they opted for a more lowkey approach: building something small and occupying a dark niche corner.

Slowly building in the corner no one looks at meant that they were much harder to kill, and much scarier when they finally emerged. Moses was also inspired by their ability to overcome threats through flexible adaptation, being opportunity oriented, and their survivability. These are the traits founders should be prioritizing above all else, not the fancy shiny stuff.

“I keep annoying people, asking them questions and the people keep replying, and spending more time with me, and that's just (how I) hustled my way to find mentors. I'm not from anywhere and I'm not from anything, so it's just people who I'm lucky enough to keep hearing answers from.”

Its important to learn from people who have done it before you. Moses always adopts a beginner’s mindset, and encourages learning from people with the benefit of two, five, or even ten years of hindsight.

But finding a mentor is an active process, and meeting the right person at the right time involves some degree of engineered luck. The trick is to talk to and meet as many people as you can persistently, and above all else, keep an open mind.

Catch the rest of the conversation with Moses here:

Got any burning questions you’ve always wanted to ask Justin? We’re featuring Q’s from our community and A’s from Justin right here every week.

Make sure you’re subscribed, and submit your questions in the comments section of our newsletter.

We’ll pass 1-2 questions onto JK every week. If yours is picked, your question will be featured in the following issue!

What are you waiting for? Leave Justin a question:

Justin’s tips for getting into YC

Did you know that Justin Kan brought his mom to an investor meeting? Here’s the story of how Justin and his Kiko co-founders got into YC, and his tips for how you can get in too!

Kiko’s demo was pretty much a trainwreck, but showing the barebones version of something was enough to communicate the potential of the idea, and more importantly, its founders. No one on the team was really a specialist when Kiko started, but a couple of months of hardwork resulted in a scrambled, albeit serviceable, demo of the web calendar app.

Having something to show for was enough to get their foot in the door of YC, and the panel took a chance on Justin and his co-founders. Getting started is necessarily the hardest step, but humans are momentum creatures by nature. You will encounter the most resistance when you haven’t taken a step at all - but once you get started and get the ball rolling, nothing will stop you.

Chances are, your initial idea will not be the best iteration of whatever you’re building. Don’t get too caught up and box yourself into one conceptual avenue - be welcome to new creative ideas and be adaptable in your approach. Pivots (small or large) are inevitable, so long as you are constantly seeking inspiration, and communicating with your user base on a consistent basis.

Garry Tan - is a veteran entrepreneur, investor and content creator. He was a partner at Y-Combinator and runs a YouTube channel which has inspired Justin to start his own media brands, including the Quest.

Catch the episode when it drops @ 13 April 9AM PDT. If you’re subscribed to this newsletter, you’ll recieve an email notification, as well as the full transcript as soon as the episode is live!  See you there. 👋🏼 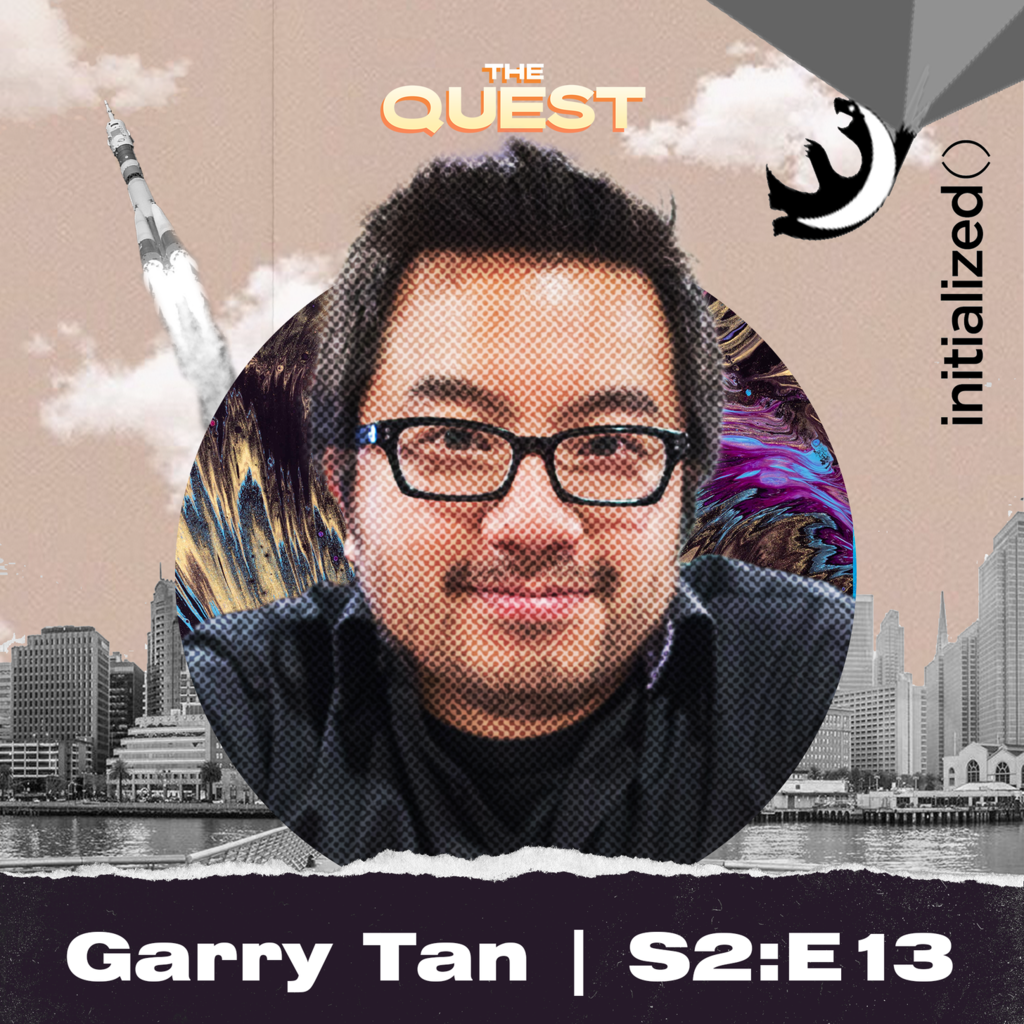 This piece is written by Felix Wong, Editorial Lead & Writer at The Quest with Justin Kan.

You can connect with him via LinkedIn and Twitter